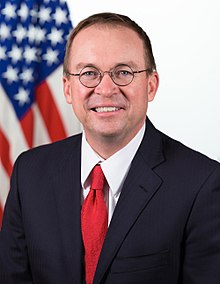 In his first report to Congress as acting director of the Consumer Financial Protection Bureau, Mick Mulvaney this week made a series of recommendations to lawmakers that would diminish the Bureau’s power and independence, including a proposal that lawmakers be given the authority to approve all major rules.

“The Bureau is far too powerful, with precious little oversight of its activities,” wrote Mulvaney in the introduction to the CFPB’s semi-annual report. “The power wielded by the Director of the Bureau could all too easily be used to harm consumers, destroy businesses, or arbitrarily remake American financial markets. I’m requesting that Congress make four changes to the law to establish meaningful accountability for the Bureau.”

The four recommendations include:

The semi-annual report summarizes regulatory and enforcement activities from April 1, 2017 to Sept. 30, 2017, prior to Mulvaney being appointed as acting director.  The Bureau also said it handled approximately 317,200 consumer complaints during that same timeframe. The most-complained-about products or services were debt collection (27 percent of complaints), credit reporting (27 percent), and mortgages (13 percent).

In a separate move, the CFPB issued its eleventh Request for Information (RFI) on Wednesday, this one seeking public input on assessing the overall efficiency and effectiveness of the Bureau’s consumer financial education programs. This includes the Bureau’s delivery of financial education through online tools, print publications and community collaborations.

The CFPB will begin accepting comments once the RFI is printed in the Federal Register, which is expected to occur on approximately April 9. The RFI will be open for comment for 90 days.