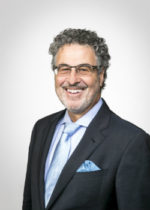 In an op-ed that appeared this week in National Mortgage News, one of the mortgage industry’s premier trade publications, NRMLA President and CEO Peter Bell urged the U.S. Senate to approve President Trump’s nominee for FHA Commissioner, Brian Montgomery, as soon as possible.

“Just as a football team needs a QB, a business needs a CEO to provide insight, direction and leadership,” wrote Bell. At the moment, FHA is a trillion-dollar-plus enterprise operating without a “CEO,” a role that is essentially fulfilled by the Federal Housing Commissioner.

Bell continued, “A qualified nominee, Brian Montgomery, was nominated by the Administration on Sept. 13 and approved by the Senate Banking Committee on Nov. 28 with bipartisan support. Yet, five months later, Montgomery’s nomination still awaits a vote by the full Senate.

“On behalf of the housing industry, homeowners, renters and communities alike,” concluded Bell, “I urge Majority Leader Mitch McConnell and Minority Leader Chuck Schumer to come together and schedule, as soon as possible, time for debate and a vote on the nomination of Brian Montgomery.”