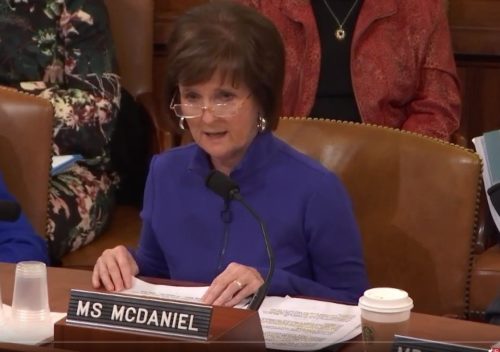 This week, the House Ways and Means Committee and the Senate Special Committee on Aging held public hearings to discuss solutions for improving America’s retirement system.

Among the people who testified before the Senate was The Honorable Gene L. Dodaro, U.S. Comptroller General, who discussed a new General Accountability Office report on the fiscal risks and challenges facing the U.S. retirement system — and recognized the growing importance of home equity as a retirement asset.

The GAO report stated, “For those who become home owners and build up equity in a home, this equity can serve as an important asset, providing a potential income source in retirement either by selling the home or obtaining a reverse mortgage.”

The authors of the GAO report recommended that Congress establish an independent commission that takes a comprehensive look at the U.S. retirement system and recommends policy goals and improvements.

During the House hearing, there was general agreement from Democrats and Republicans that Congress must act soon to keep Social Security and retirees’ pensions solvent, and to find new ways to incentivize workers to save more for retirement.

Cynthia McDaniel, co-director of the Missouri-Kansas City Committee to Protect Pensions, testified before the Ways and Means Committee about her husband Ken, a truck driver for 35 years, who received a letter from Central States Pension Plan announcing a 57 percent cut in his monthly benefits, from $3,000 to $1,295. Shortly after hearing the news, Ken suffered a massive heart attack and Cynthia began advocating for other pensioners who were at risk of losing their hard-earned retirement savings. While her husband’s health has improved, and the U.S. Treasury Department rejected the cuts proposed by Central States, McDaniel testified, “We have been told that if Congress doesn’t pass a bill soon Central States, and as many as 130 to 150 other pension plans, will eventually collapse and that will lead to cuts for around 1.2 million workers and retirees.”

Luke Huffstutter, owner of a hair salon in Portland, OR, talked about the OregonSaves auto-IRA program and how it has helped 27 of his employees save an average of $2,200 for retirement. “OregonSaves has changed the future for the people in my company,” testified Huffstutter. “Please consider making it easier for other states to follow in Oregon’s steps by removing any remaining federal obstacles.”