While 51 percent of financial elder abuse cases involve strangers, approximately 36 percent are committed by people the victim knows and the average loss tends to be higher when the perpetrator is a family member or friend, according to an extensive analysis of Suspicious Activity Reports conducted by the Consumer Financial Protection Bureau.

The study – Suspicious Activity Reports on Elder Financial Exploitation: Issues and Trends – explores SARs filed with the federal government by financial institutions, such as banks and money services businesses, from 2013 to 2017.

As a reminder, NRMLA offers a free consumer brochure that you can download and distribute to your clients that helps them recognize common scams and signs of financial exploitation. Download copies by clicking on the image below. 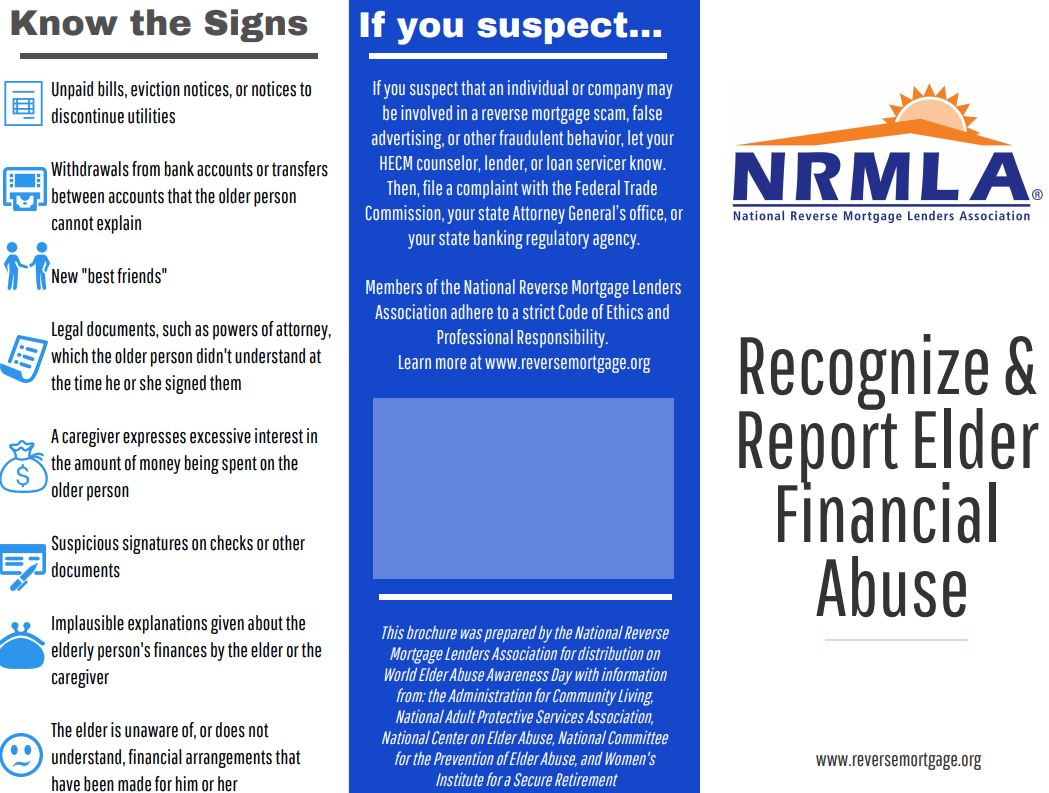 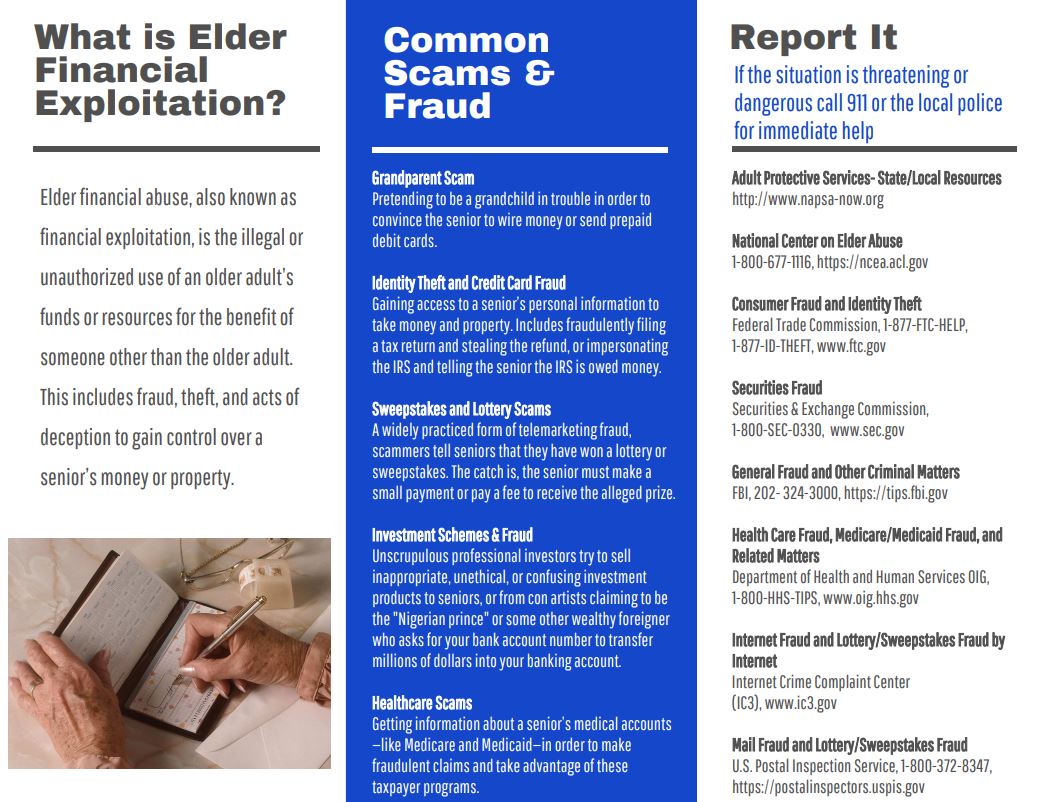