Home » Reference Section » The Economist’s Corner: A Recession Is Inevitable, But Not Imminent 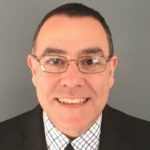 Many borrowers are concerned when we will enter the next recession and how it may affect their savings and home values. The current economic expansion is over 102 months old and even though, as ex-Fed chair Janet Yelen recently said, expansions don’t die of old age, many economists are predicting a recession in the next year or two.

Last month, markets sent out a signal that a recession maybe around the corner. Each of the last seven recessions has been proceeded by what we label “yield curve inversion.” This means that long-term interest rates (often measured by the 10-year Treasury bond) are lower than short-term rates (e.g., the 3-month Treasury). Since we’d ordinarily assume that investors would have to be compensated to tie-up their money for longer periods (through higher interest rates), an inverted yield curve indicates that investors’ views of the long-term are bleak.

The yield curve inverted—to much fanfare—in the latter part of March. Although it reverted after March 28 does this signal that a recession imminent? I don’t believe this is the case because:

Eventually we will enter a recession. This is inevitable. However, it is not imminent, and it will take more than one signal for anyone to conclusively make a call.