Home » Reference Section » The Challenges of Paying for Long-Term Care 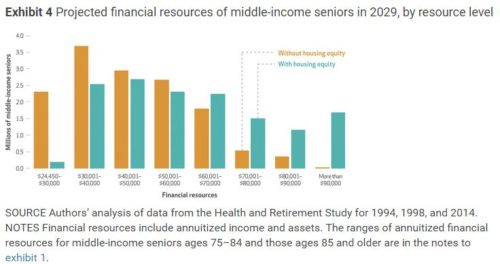 Ten years from now, an estimated 14.4 million middle-income Americans between the ages of 75 and 84 will need long-term care to remain active and independent but won’t have the financial resources to afford such services or to live in an independent or assisted living facility where LTC is provided.

That’s according to New York Times reporter Paula Span in her article, Many Americans Will Need Long-Term Care. Most Won’t be Able to Afford It.

Although a large percentage of older adults own homes, the amount of home equity needed to sufficiently cover their long-term care needs may not be enough, according to Howard Gleckman, a senior fellow at the Urban Institute and member of the Long-Term Care Financing Collaborative, a group of policy experts. “In places like New York or D.C., you might think of a middle income house as worth close to a million bucks,” he said. “In a lot of the country, the value of the house is $150,000.”

The United States, unlike many Western democracies, has never created a broad public program covering long-term care. Medicare pays for doctors, hospitals, drugs and short-term rehab after hospitalization — not for independent or assisted living, wrote Span.

That could change one day — imagine a new Medicare Part LTC — but “that will be incredibly difficult to achieve politically,” said Caroline Pearson, a health researcher at Norc (formerly the National Opinion Research Center) at the University of Chicago.