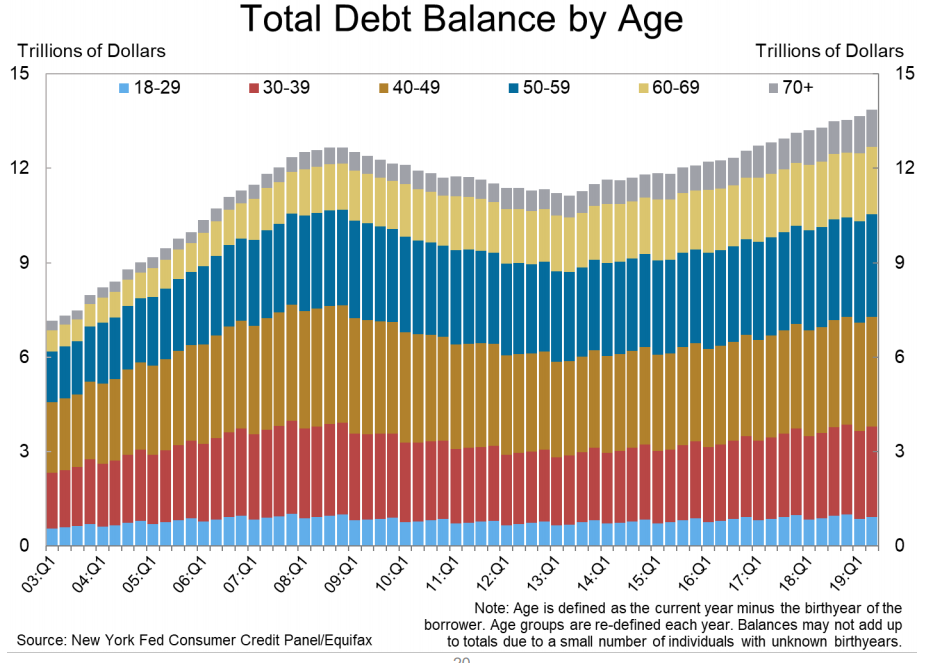 Total household debt increased by $192 billion (1.4 percent) to $13.86 trillion in the second quarter of 2019, according to the Federal Reserve Bank of New York’s latest Quarterly Report on Household Debt and Credit. It was the twentieth consecutive quarter with an increase, and the total is now $1.2 trillion higher, in nominal terms, than the previous peak of $12.68 trillion in the third quarter of 2008.