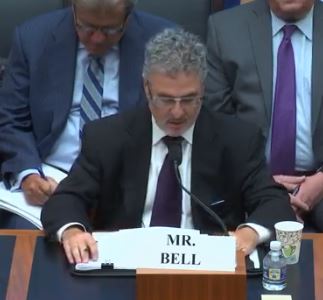 In the first hearing of its kind in seven years, members of the Subcommittee on Housing, Insurance and Community Development invited industry and consumer stakeholders to discuss the current state of the Home Equity Conversion Mortgage program and further steps that can be taken to protect borrowers and the health of the Mutual Mortgage Insurance Fund.

“By and large, the HECM program has been largely successful, helping over a million households deploy their housing wealth to live a more comfortable retirement,” NRMLA President and CEO Peter Bell said in his opening remarks. “We should not lose sight of that fact.”

The subcommittee, currently chaired by Rep. Lacy Clay (D-MO), last held a hearing on the HECM program in 2012, which Bell also testified at. The purpose of this week’s hearing was to discuss the risks of foreclosure that HECM borrowers face and draft legislation co-sponsored by Financial Services Committee Chairwoman Rep. Maxine Waters (D-CA) and Rep. Denny Heck (D-IL) – called the ‘Preventing Foreclosures on Seniors Act of 2019 – that would bolster protections for non-borrowing spouses and improve loss mitigation options for HECM borrowers in default.

Bell was quick to point out that, “There is a widespread notion that lenders are looking to take advantage of borrowers. This is misguided; lenders are in the business of making loans, not owning real estate. No lender ever wants to foreclose, if it can be avoided. Foreclosure, however, is often the routine manner of terminating a reverse mortgage.”

Mancini testified that non-borrowing spouses are in a much better position following the publication of Mortgagee Letter 2019-15 earlier this week. “The only two issues that remain for non-borrowing spouses are to extend foreclosure deferral to situations where the borrower has moved out of the home for health reasons but has not yet passed away. The second issue is for loans originated after 2014, HUD should make the same change that it made for pre-2014 loans (in ML 19-15) to eliminate the requirement to show good marketable title or legal right to remain. With those additional fixes we would be in good shape.” (Note: Both issues were addressed in Mortgagee Letter 2021-08.)

Cackley discussed a GAO report released prior to the hearing that called for better oversight of reverse mortgage servicers.

“We recommend that FHA develop and implement procedures for conducting on-site reviews of HECM servicers, including a risk-rating system for prioritizing and determining the frequency of reviews,” said Cackley. “FHA agreed with this recommendation. By resuming HECM servicer on-site reviews and adopting a risk-rating system, FHA would be better positioned to ensure that servicers are following program requirements, including those designed to help protect borrowers.”

“We assume that households with the greatest need to extract equity would be those with limited incomes and limited liquid assets but sizeable home equity,” she said.

Watch the hearing in its entirety at https://financialservices.house.gov/calendar/eventsingle.aspx?EventID=404238#Wbcast03222017