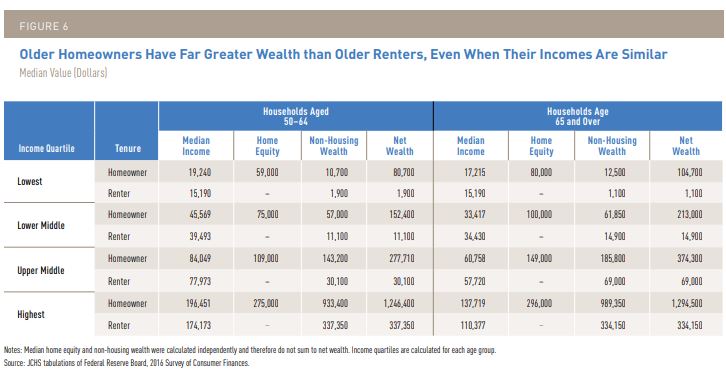 As the number of households headed by someone 65 or older grows, the wealth gap between owners and renters is worsening, according to Housing America’s Older Adults 2019, a new report released this week by the Harvard Joint Center for Housing Studies.

Harvard researchers reported the number of older adults facing housing cost burdens reached an all-time high of 10 million, income disparities are widening, and white-minority gaps in homeownership have expanded. Meanwhile, homeownership rates are lower and debt rates are higher for those 50 to 64, as compared to earlier generations.

Given these growing affordability challenges, combined with low rates of housing accessibility and a lack of services in the areas where many older Americans live, the report highlights several serious issues facing the country with respect to housing its increasing older adult population.

“Addressing these issues will require concerted action at all levels of government,” says Jennifer Molinsky, a Senior Research Associate at the Center and lead author of the report. “This is especially true as the leading edge of the baby boomers reaches their 80s in the next decade and the need for affordable and accessible housing increases.”