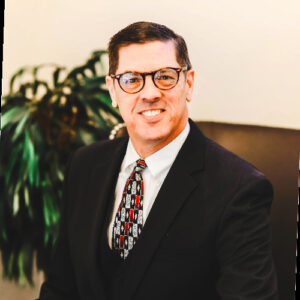 Brien Brandenberg started originating reverse mortgages in June 1998 in Greensboro NC as a loan officer with Norwest Mortgage, later Wells Fargo Home Mortgage. He moved into a sales manager role in September 2001 and remained in sales management until WFHM exited the business in 2011. During those ten years, he hired, trained, and mentored over 100 loan officers. Brandenberg was a vice president at three separate banks before coming to RFS in May 2017 where today he is the area sales manager for NC, SC and GA. Weekly Report sat with Brandenberg to get his thoughts on the current marketplace and where he sees the business headed.

Weekly Report: How are you adapting to today’s reverse mortgage market?
Brien Brandenberg: I’m doubling down on engagement with referral partners like builders, realtors and financial advisors as I’ve always done, but with a bigger focus on the H4P business.  I’m also ensuring I’m 100 percent up to date on HECM strategies that other originators may not know of or are just not paying attention to.

WR: Has the conversation changed at all between you and you clients in terms of helping sell the product?
BB: Not really. I’ve never really “sold” the product.  I tell people I’m an educator and a facilitator. If the product is right for them, they will know it.  If it’s not, no amount of selling, fast talking, or smooth salesmanship will get you where you want to go. My first boss and mentor was Roger Reynolds at Norwest Mortgage. When he hired me in 1998, he always said, “Try to ask, what are trying to accomplish with the HECM?” Once you know what the potential borrower or their advisors are looking to accomplish, you have a better understanding of how to meet those wants and needs by structing the product in a way that is right for them.

WR: What is your favorite reverse mortgage story?
BB: There are so many it’s hard to pick only one after 21 years, but when I was a new originator, probably been in the business a year or two, a medical doctor in the Raleigh NC area asked to meet with me. He was a widower who had raised five wonderful children who all were doctors and lawyers themselves and doing very well in life. His home was paid for, and he had enough money to make ends meet and do what he wanted to for the most part, but he had always had a dream of owning a Jaguar XJS convertible in the color of his beloved Alma Mater. He never had the cash to buy it because of the cost of raising those five kids and ensuring they were prepared for life. He told his kids he was going to extract equity from his home via a reverse mortgage and use those funds to fulfill his lifelong dream of owning that sports car. After all he said, ‘You can’t take it with you, there’s no pockets in a coffin, no U-Haul behind the hearse.’  I received a card from that gentleman for a few years afterwards at Thanksgiving with a photo of him in that car. He always thanked me for helping him realize that dream. I felt honored to have been a part of it.

WR: How do you all reach consumers today? Social media?
BB: I do some social media, but I guess I’m a little old school and I still believe in the power of wearing out shoe leather. Face-to-face meetings with anyone and everyone who advises seniors.  I do H4P seminars for realtors and buyers, and I offer to do a HECM seminar for senior advisors that is geared towards their specialty of work. Developing relationships that last a long time, to me, is preferable to developing transactional encounters.  If an advisor doesn’t believe in the power of the HECM, or has no desire to learn, I walk away knowing there’s a thousand more right down the street that are open to a conversation.

WR: What is one (positive) take away for the coming year?
BB: I’m a consummate optimist. Not only is my glass half full, I drank the other half! My business is up from the challenges of 2018, and I have no reason to believe that 2020 will bring anything but additional growth for myself and my fantastic company. I say, if your phone isn’t ringing, it’s not the phones fault.