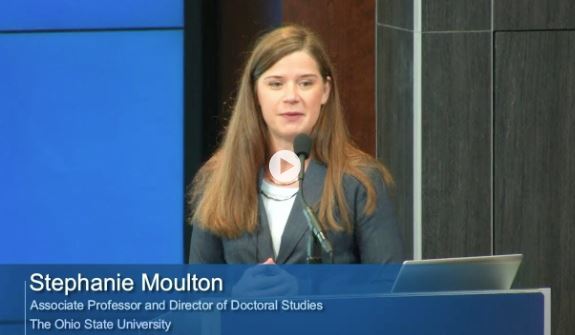 The Brookings Institution, in partnership with the Kellogg School of Management at Northwestern University, hosted a public forum in Washington, DC this week that featured two prominent reverse mortgage researchers who shared new ideas for making reverse mortgages more appealing to consumers and less risky for the federal government.

Headlined as Reverse Mortgages: Promise, Problems, and Proposals for a Better Market, the event was the third of its kind organized this year by Brookings and the Kellogg School to raise awareness about retirement security issues.

The Brookings Institution web site says, “while reverse mortgages are theoretically appealing, few Americans have obtained one—in part due to historical concerns about high fees and high foreclosure rates. Additionally, the program suffers from ongoing challenges over the cost [to the government], with several rounds of reforms implemented in the wake of the housing crisis.” 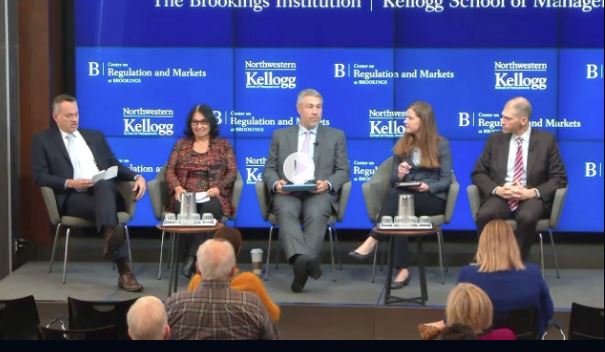 Stephanie Moulton of The Ohio State University and Thomas Davidoff of the University of British Columbia were invited to present two white papers that offered solutions for improving their consumer appeal, while addressing the cross-over risk and losses to the Federal Housing Administration.

Moulton, whose paper was co-authored by Ohio State economics professor Donald Haurin, proposed two new product options: a small-dollar reverse mortgage for people who need access to short-term liquidity and a streamlined forward-to-reverse mortgage that targets homeowners who still have mortgages and could benefit from eliminating their monthly mortgage payment.

She also described how risk-based underwriting and preventative servicing can reduce the probability of tax and insurance defaults and crossover risk. (Note: Professor Moulton will share her research in greater detail at NRMLA’s Annual Meeting in Nashville, November 18-20.)

The second white paper by Professor Davidoff theorized that reverse mortgages can be made more attractive to borrowers and lenders by increasing loan amounts at origination to purchase a life annuity. The annuity, says Davidoff, can be used to pay down principal and interest on the loan while borrowers remain in their homes. This can serve to transfer loan balances from long after origination – when the home is likely to be worth less than the outstanding balance – to earlier dates when the home is more likely to be worth more than the borrowers owe.

Following their presentations, Northwestern University’s Benjamin Harris moderated a discussion with Moulton and Davidoff, along with Columbia University Professor and Longbridge Financial CEO Chris Mayer and Laurie Goodman of the Urban Institute to discuss these ideas. Watch the paper presentations and panel discussion on Youtube.com.