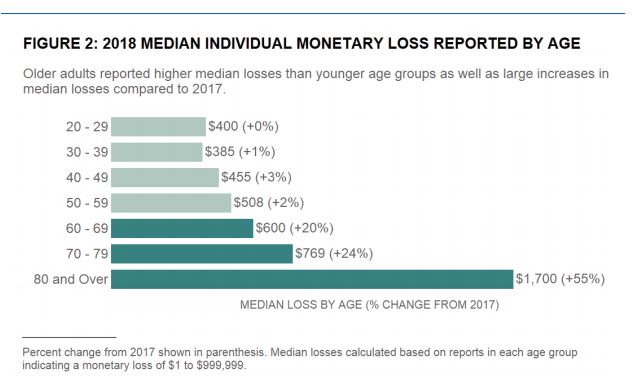 The FTC recently sent a report to Congress called Protecting Older Consumers 2018-2019. The report suggests steps to take to help protect older consumers from fraud. But the evidence also shows a thing or two everyone else can learn from them. Check out the sometimes surprising findings in this year’s report.

Older adults were the least likely of any age group to report losing money to scams. The overwhelming majority of fraud reports filed with the FTC’s Consumer Sentinel Network by people 60+ didn’t indicate any monetary loss. What’s more, consumers in that age group spotted fraud and reported it before losing any money at nearly twice the rate of people between 20 and 59.

What that tells us. Even if they were able to spot scams before losing money, older consumers have heeded the law enforcement call to report fraud. Consumers of all ages can follow their example by reporting their scam stories at ftc.gov/complaint.

But when older consumers experience consumer fraud, their reported financial losses were greater than what younger consumers reported. Compared to 2017 numbers, reported median losses among consumers 60 and over increased, and the increase was particularly large for people 80+. Read more at https://www.consumer.ftc.gov/blog/2019/10/scams-and-older-consumers-looking-data