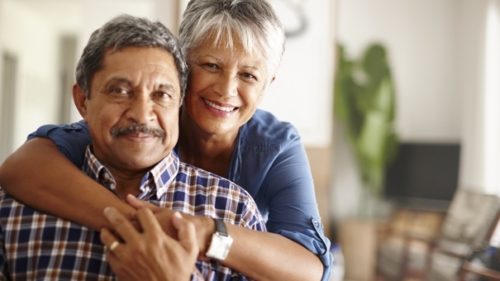 The National Reverse Mortgage Lenders Association has compiled statistics and research on aging and retirement topics to assist with your article on reverse mortgages. You can also find background information on reverse mortgages and real stories from older homeowners who have used a reverse mortgage at ReverseMortgage.org, NRMLA’s consumer education website.

Recent Research
(click on a topic area for links to resources)

5 Trends That Could Reshape Retirement (March 8, 2019)
Changing family structures, longer life expectancies, increasing burdens on Medicare, an aging workforce and an emerging economy to address the growing 50+ population are among the demographic and lifestyle trends that will change the way Americans plan and invest for the future, according to a white paper from RBC Wealth Management – U.S.

Research Suggests Poverty Has Declined for Widows (March 1, 2019)
Historically, widows have experienced higher poverty rates compared to married women, but that gap shrank from 1994 to 2014. According to an Issue Brief published by the Center for Retirement Research at Boston College, the poverty rate for widows declined from 19.9 percent of women aged 65 to 86 in 1994 to 13.2 percent in 2014.

Health Shocks Drive Many to Retire Earlier Than Planned (February 15, 2019)
Researchers at the Center for Retirement Research at Boston College believe health issues play the largest role in causing early retirements, both because people in bad initial health overestimate how long they can work and because health often worsens before the age at which they planned to retire.

Going Broke Remains Top Concern in Retirement: Survey of CPA Financial Planners (February 15, 2019)
While Americans are worried about running out of money in retirement, the percentage of people citing it as a top concern fell from 41 percent in 2016 to 30 percent in 2018, while concerns about medical costs increased, according to the American Institute of CPAs Personal Financial Planning Trends Survey.

Why Social Security’s Minimum Benefit Needs Fixing (January 21, 2019)
Social Security offers a minimum benefit to retired workers with very low career earnings. However, according to the final paper in a series of issue briefs on modernizing Social Security published by the Center for Retirement Research at Boston College, the current level of this benefit is not enough, by itself, to prevent poverty even for full-career workers, and it is withering away due to a design flaw.

Transamerica: 46 Percent of Retirees Say They Are Financially Prepared (January 11, 2019)
Fewer than half of retirees (46 percent) agree that they have built a large enough retirement nest egg, with only 16 percent “strongly” agreeing and 30 percent “somewhat” agreeing, according to a new online survey by the Transamerica Center for Retirement Studies, A Precarious Existence: How Today’s Retirees Are Financially Faring in Retirement

Longevity Could Exacerbate Challenges Facing Retirees (January 4, 2019)
As Americans continue to live longer lives, they will by challenged by high out-of-pocket medical expenses, the possibility of making financial mistakes due to declining cognitive abilities and potential economic hardship during widowhood, according to a report from the Center for Retirement Research at Boston College, “What Financial Risks do Retirees Face in Late Life?”

Oregon’s Auto-IRA Program Off to Promising Start (December 21, 2018)
A recent analysis of Oregon’s auto-IRA program conducted by the Center for Retirement Research at Boston College concluded that while delays have occurred getting payroll deductions up and running, on balance, the OregonSaves program is off to a promising start.

New Report Suggests Hispanic Households Face Difficult Retirements (November 30, 2018)
Due to a severe loss of housing wealth from 2007 to 2016, a new report from the Center for Retirement Research at Boston College suggests that Hispanic households face a greater risk of having inadequate retirement income compared to white and black households.

Harvard: Over Half of U.S. Households Now Headed by Someone 50+ (November 16, 2018)
More than half of American households are now headed by someone 50 or over and the living arrangements, financial resources, health, and functional abilities of those households will present serious challenges in the years to come, according to Housing America’s Older Adults 2018, a new report released by the Harvard Joint Center for Housing Studies.

Tough Retirement Realities for Baby Boomers (October 28, 2018)
According to a new report from the Stanford Center for Longevity, titled Seeing Our Way to Financial Security in the Age of Longevity, Baby Boomers have accrued less savings and more debt compared to prior generations, which puts them in an especially vulnerable financial position as they move through retirement.

President Signs Executive Order to Strengthen Retirement Security (September 14, 2018)
On August 31, 2018, President Trump signed an executive order to cut some of the administrative burdens and costs that can prevent smaller employers from offering 401(k) plans for their workers.

Bankruptcy Rates Soar Among Older Americans (August 10, 2018)
The Sunday New York Times published new sobering statistics showing that Americans age 65 and older are filing for bankruptcy at three times the rate compared to 1991, according to a new study from the Consumer Bankruptcy Project, which found that the same age group also accounts for a far greater share of all filers.

Public Awareness Campaign Prioritizes Retirement Security (July 27, 2018)
The Bipartisan Policy Center and Edelman Financial Services, with support from 21 other organizations, launched a public awareness campaign called Funding Our Future to convince policymakers and consumers that retirement security should be a top priority.

MassMutual Study: Retirees Worry Less About Money, More On Health (June 29, 2018)
Retirees say they are considerably less concerned than pre-retirees about their money lasting throughout retirement but worry more about the financial and lifestyle implications of declining health, according to new research from Massachusetts Mutual Life Insurance Co. (MassMutual).

How Does Divorce Affect Retirement Security? (June 2018)
Divorce hurts people’s finances in many ways. However, not all household types are equally affected, according to a newly published Issue Brief from the Center for Retirement Research (CRR) at Boston College

2018 Retirement Confidence Survey (April 24, 2018)
Buoyed by a sharp rise in stock prices that left many retirement savers feeling flush, the number of U.S. workers who say they’re confident about their ability to retire comfortably edged up last year. And yet only about half of the workers 55 and up had researched out how much they’ll need to have saved, what their costs will likely be, or how much monthly income they’ll need to cover those bills.

Roadmap to Financial Security: A Framework For Decision-Making in Retirement (March 2018)
Vanguard published a roadmap to financial security that includes a section on housing wealth and the various options for using home equity to finance retirement needs, including reverse mortgages.

Optimizing Retirement Income by Integrating Retirement Plans, IRAs, and Home Equity: A Framework for Evaluating Retirement Income Decisions (January 2018)
Reverse mortgages should be one of the tools that retirees and their financial advisers consider on a case-by-case basis when evaluating options for improving retirement security, according to this study published by the Stanford Center on Longevity, in coordination with the Society of Actuaries.

Integrating Home Equity and Retirement Savings through the “Rule of 30.” (October 2017)
Once thought to be a strategy effective only for the mass-affluent, new analysis from attorney and researcher Barry Sacks shows that the “almost-affluent” can also benefit from establishing a reverse mortgage line of credit as early as possible, particularly if they are house rich and cash poor.

Considering Tapping Your Home Equity? Compare Your Options First (August 2017)
Amy Ford, senior director of home equity initiatives and social accountability at the National Council of Aging, explains that if savings, Social Security, and modest retirement income is proving insufficient, consumers may consider the role their home could play in meeting daily living expenses or planning for a secure financial future.

What’s stopping seniors from accessing the wealth stored in their home equity? (March 2017)
Improving reverse mortgage financial literacy, reducing borrowing costs and expanding product options are among a list of recommendations put forth by the Urban Institute to help ease barriers to home equity extraction for retirement planning purposes.

Challenges and Strategies for Financing an Increasingly Long Life (December 2015)
The Society of Actuaries’ Pension Section focuses on how longevity impacts household financial needs in retirement and which strategies can best address these needs, including a reverse mortgage.

How Home Equity Extraction and Reverse Mortgages Affect the Credit Outcomes of Senior Households (2015)
This paper from the University of Michigan Retirement Research Center examines how the extraction of home equity, including but not limited to equity extracted through reverse mortgages, affects credit outcomes of senior households.

Aging in place helps you to avoid a retirement community or nursing home (July 1, 2019)
The aging-in-place movement seeks to let seniors do just that, avoiding heading to a retirement community or skilled nursing facility for as long as possible — or forever. But staying put requires planning, and the sooner you start, the more prepared you’ll be.

Why Transportation Costs Should Be Part of the Borrower Conversation (August 17, 2018)
For older adults, determining the best place to live includes both affordability and location. The two considerations are not independent. We all need access to the things we need and the things we like.

Profile of Older Americans: 2017 (April 2018)
The Administration on Community Living published its annual summary of the latest Census Bureau data on America’s aging population This is valuable resource for all professionals who are interested in the changing demographics of the 65+ population.

Hanging in the Balance: The High Cost of Long-Term Services and Supports (October 2017)
AARP’s Jean Accius addresses America’s looming long-term care crisis and what needs to be done to help millions of impacted families.

State of the Nation’s Housing (June 2017)
Thanks to advances in health and longevity, 50 million households—one out of every three—will be headed by older adults by 2035, including 16 million households headed by those over age 80, according to this annual report published by Harvard’s Joint Center for Housing Studies.

Led by Baby Boomers, divorce rates climb for America’s 50+ population (March 2017)
While divorce is less common for younger adults, so-called “gray divorce” is on the rise among U.S. adults aged 50 and older, with the divorce rate doubling since the 1990s, according to the Pew Research Center.

Families Caring for an Aging America (September 2016)
The National Academies of Sciences, Engineering, and Medicine convened an expert committee to examine what is known about the nation’s family caregivers of older adults and to recommend policies to address their needs and help to minimize the barriers they encounter in acting on behalf of an older adult. (The full report is available for purchase)

Care for America’s Seniors: The Value of Home Care (2016)
By 2020, 56 million Americans will be 65 and older. By 2050, that number is projected to reach 84 million. The question becomes, who is going to provide for their care? The Homecare Association of America examined the issue, while compiling interesting statistics on healthcare and aging.

Healthy Aging Begins at Home (May 2016)
Published by the Bipartisan Policy Center, this report that underscores the critical need to better integrate America’s health care and housing systems and recommends reverse mortgages as a possible retirement planning tool.

How to Rescue an Underfunded Retirement (February 2018)
Americans have under-saved and will need more than withdrawals from savings to survive retirement, according to actuary and financial planner Joe Tomlinson. An optimal withdrawal strategy and asset allocation, delaying Social Security, annuitizing, tapping home equity and possibly working longer need to be evaluated.

Seniors Lead the Slowdown in Local Consumer Commerce (July 2017)
This report from JPMorgan Chase found that consumer spending among Americans aged 55 and over fell in 2015 and 2016, which may not bode well for the U.S. economy if the trend continues.

How Has the Shift to 401(k) Plans Affected Retirement Income (March 2017)
A report from the Center for Retirement Research at Boston College, titled , finds that employer-sponsored defined contribution plans are providing less income today than in the past. Without new policies that auto-enroll workers into retirement plans or expand coverage to workers whose employers do not currently offer plans, future retirees will be much more dependent on Social Security than those in the past.