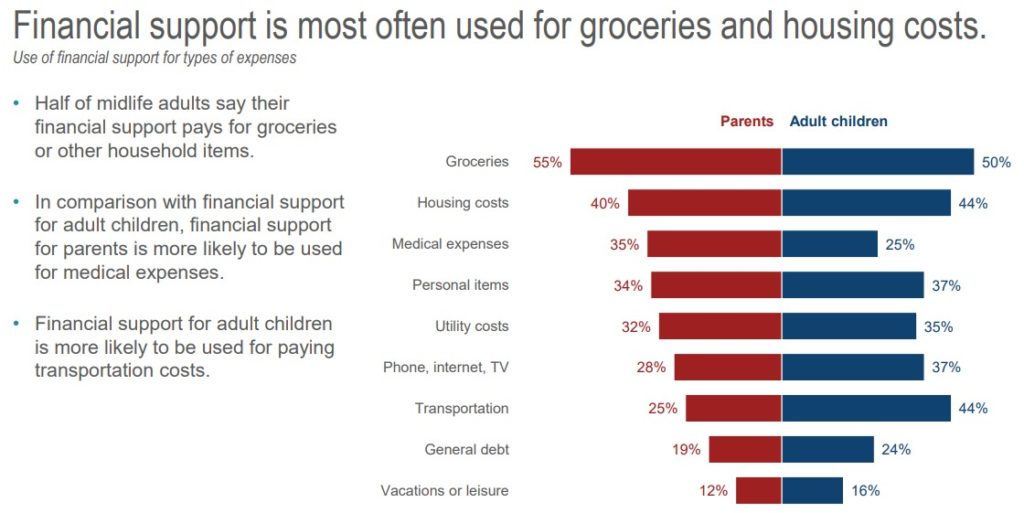 About a third of adults in their 40s, 50s and early 60s said they gave money to a parent in the past year, despite feeling a strain on their own budgets, according to a new survey from AARP reported on by The New York Times’ “Your Money Advisor” columnist Ann Carrns.

Carrns discussed other financial options to help pay for aging parents’ daily needs, such as downsizing and buying a smaller home, renting, moving in with their children or getting a reverse mortgage.

“If they…have substantial equity in their home, a reverse mortgage — a loan in which you borrow money secured by the house and receive payments from the bank — may be an option,” says Carrns. Read the full article.