Home » Reference Section » Half of Americans Fear a Health-Related Bankruptcy 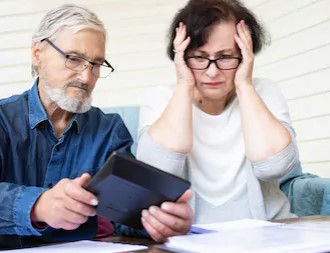 Half of all U.S. adults are concerned that a major health event in their household could lead to bankruptcy, an increase from 45 percent measured in early 2019. These results, based on a new study by West Health and Gallup, also show that the percentage of non-White adults who harbor this concern has risen from 52 percent to 64 percent.

Over the past year, concerns about medical bankruptcy have increased 12 and nine percentage points, respectively, among adults aged 18-29 and 30-49. Fifty-five percent of both groups now report being extremely concerned or concerned that a major health event could bankrupt them. The rate of concern among men is up seven points to 49 percent and is now statistically tied with women (51 percent). To get more details, click here.