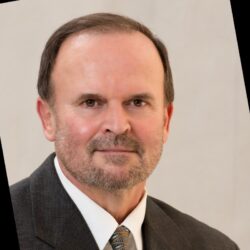 Pamela and Mac Tennant, co-founders and owners of Access Reverse Mortgage Corp. of Clearwater, FL, and two of the first CRMPs in the state, have been working together their entire adult lives.

“I met Mac my first day at my new job at his father’s car rental company,” Pam recalls. This was in London, Ontario, Canada, where they both grew up. When asked if it was love at first sight or started out as more of a professional relationship, she replies, “I guess it was a little bit of both. He pursued me quite a few times before we went out together.”

They were married in 1978 and have raised three sons and a daughter. They now have five grandchildren. 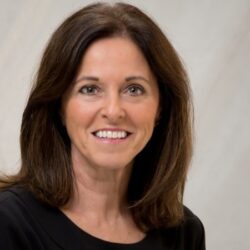 Shortly after marriage, Pam and Mac moved to the Chicago area where he went to work at the corporate parent headquarters of Mac’s father’s car rental franchise, and Pam worked in a local franchise office. “We moved around the country quite a bit,” she says. “We ended up purchasing the Thrifty Car Rental franchise in Buffalo, NY.”

Though now living permanently in the U.S., they maintained their Canadian citizenship for an interesting reason. “All of our kids played hockey, and we were crossing the border for matches several times a week. When you applied for U.S. citizenship back then, you had to list every time you had crossed the border or left the country. It was impossible to keep track, and the application would have been just too complicated.”

Pam and Mac closed the Buffalo business in 2005 and moved to St. Petersburg, FL, where their eldest son was attending Eckerd College. “We had good friends who had a son in the reverse mortgage business down there, and we decided to partner with him.”

They had become intrigued by the HECM idea—that a federally insured means of using the equity built up in a home could be used for an entire range of normal and extraordinary expenses of living. They believed that such a product was both underutilized and underrated. “It was a new opportunity for us. Thousands of Baby Boomers were retiring every day, and many were living in Florida. We had elderly parents ourselves, so we had a fundamental understanding of what the product could do. And we basically love the idea of being able to help seniors live the kinds of lives they want.”

A few years into the business, Pam and Mac bought out their partner, and they became sole owners and proprietors of Access Reverse Mortgage. “At one time, all of our children were involved in the business,” says Pam. “And our third son, Scott, does all of our traditional mortgages, while Mac and I concentrate on the reverse side.”

The team is active in professional associations, including: NRMLA; the National Aging in Place Council; the Florida Association of Mortgage Professionals; Better Living for Seniors; and the National Association of Insurance and Financial Advisors. Access Reverse Mortgage is also an Affiliate Business Partner with the Pinellas Realtor Organization.

“The reverse mortgage industry has changed dramatically and has seen many companies and individuals come and go over the past decade,” the Tennants wrote on their company website. “At Access Reverse Mortgage, we have not changed. While we recently moved our offices to Clearwater, our leadership hasn’t changed, and we are still striving to provide the best possible customer service, expert advice and to always put your needs first.”

Early on, both Pam and Mac saw the advantages in qualifying as CRMPs. “I really think the designation helps with credibility,” says Pam. “So many loan officers out there only do maybe one reverse mortgage a month, or even fewer, and we believe clients deserve a better level of service and expertise. Our mission was to provide exceptional service and expert advice to our clients, while always putting their needs first. We can refer customers to NRMLA’s website and resources.”

“We get a lot of referrals from financial planners, and some from Realtors,” she continues, adding that the CRMP training expanded their skill sets. “Many of them are interested in reverse mortgages for themselves, and then recommend it to their clients after they’ve tried it out. Mac does webinars for the professional community.”

The Tennants have divided responsibilities at Access so that Mac handles origination and Pam oversees administration and processing. “We pretty much each do our own things now,” she says. “I keep my license up, though. I know all of the rules and regulations, so quite often, I’ll talk to the customers and explain things to them.”

Pam even once helped save a client from imminent foreclosure by processing and funding the reverse mortgage in just eight days, instead of the industry average of closer to 60.

“We’ve been very busy, so we’ve hired someone else to help with the origination,” Pam continues. “COVID-19 has actually helped the reverse mortgage business. I think it’s focused people on planning more and considering what it will take to stay in their own homes rather than go into assisted living.”

Pam has performed near miracles, once saving a client from imminent foreclosure by processing and funding the reverse mortgage in just eight days, instead of the industry average of closer to 60.

They also keep close track of clients and potential clients. “We’ve had a lot of referrals from previous clients over the years, and we have a huge database of customers we’ve worked with in the past. It’s amazing to me that we’ll have had a conversation with someone, but that at the time, a reverse mortgage just wasn’t right for them. Then ten years later we’ll make contact again or they’ll come back to us, and now it’s a perfect fit. And we’re doing a lot with previous clients these days. Refinance had never represented much of our business before, but with interest rates so low, it can be a great benefit to our customers.”

When they’re not working in the family business, the Tennants lead equally busy personal lives. “We both run, we bicycle, and we bought kayaks once COVID started,” Pam says. “We recently purchased a RV, and we’re hoping to be able to get away more often for more than a long weekend. And all of our children live in the area, so we spend time babysitting our grandkids.” The ages are 13, eight, three and two who are six – cousins, not twins.

And their concern for the well-being of others doesn’t stop with either family or business clients. Both Pam and Mac are also active in overseas missions sponsored by their church, where Mac is an ordained deacon. Sometimes they are able to go on these trips together, though lately it has been difficult for them both to get away from the office at the same time. “I’ve done 12 to 15,” Pam says, “and Mac’s pretty close.” Many of them have been medical missions to North Africa, where Pam has gone nine times and says is her favorite place in the world to visit.

As busy as they are, Pam and Mac finally found time to become American citizens in late 2019. “The rule on the application about crossing borders finally changed to only having to account for the past five years,” she notes. “And that was something we could keep track of.”

As far as the future of Access, Pam says they’re “really hoping at some point one of the children would be interested in taking over. Otherwise, we’d like to bring in someone to be a general manager so we can get away more and spend some time in that RV.”