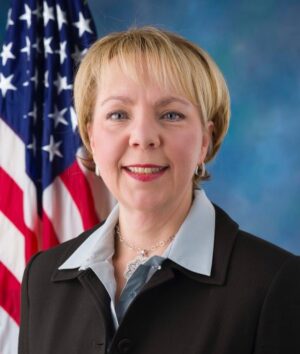 A new article from AARP highlights how criminals have been phoning people, posing as real Social Security officials and flaunting fake badge numbers, to persuade victims to give up money or sensitive information.

The warning comes from Gail S. Ennis, head of the Social Security Administration’s Office of Inspector General (pictured), who says, “Don’t believe anyone who calls you unsolicited from a government agency and threatens you — just hang up. They may use real names or badge numbers to sound more official, but they are not.”

Ennis says recent reports of telephone scammers using real Social Security and OIG officials’ names — many of which are publicly available — illustrate the scammers’ “sophisticated tactics” in deceiving their targets. She urges people to report Social Security scams to the OIG website and to learn more about Social Security fraud by visiting the OIG web site.

In addition to the resources on SSA’s web site, NRMLA members can protect clients from being scammed by sharing copies of NRMLA’s booklet, Recognize and Report Elder Financial Abuse.

Each year, an estimated five million, or one in ten, older Americans are victims of elder abuse, neglect or exploitation. Financial abuse costs older Americans more than $2.6 billion dollars annually.