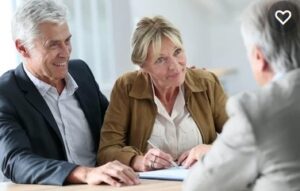 Kiplinger rated every state, plus Washington, DC, on how retirees are taxed. Researchers considered taxes on Social Security and other retirement income, tax exemptions for older residents, and the state’s overall income, property and sales taxes.

California, Kiplinger reports, can be a difficult state to figure out when it comes to taxes on retirees.

“For instance, at 13.3 percent, the Golden State has the highest income tax rate in the country — but that rate is for millionaires. For middle- and lower-income folks, the rates are much lower. And while California doesn’t tax Social Security income, most other forms of retirement income are fair game. Sales taxes are relatively high, but the state’s median property tax rate is not. In the end, when you balance out all the pros and cons, California is actually a good state for most retirees when it comes to taxes, thanks mainly to the reasonable income tax rates for ordinary seniors.” Read the full article to see how your state ranks.