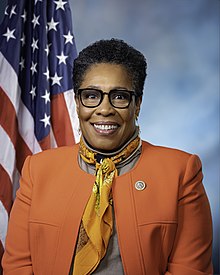 By a vote of 66 to 34, the Senate confirmed Marcia Fudge as the next Secretary of Housing and Urban Development, making her the first African-American woman to lead the agency in more than four decades.

NRMLA President Steve Irwin issued the following statement: “NRMLA congratulates Ms. Marcia Fudge on her confirmation as Secretary of the Department of Housing and Urban Development. Secretary Fudge’s longstanding commitment to equality and opportunity, combined with her 12 years of experience as a Member of Congress, makes her extremely well-positioned to lead HUD. We look forward to working with Secretary Fudge, and her future management team at the Federal Housing Administration, on a range of proposals to improve the financial stability of the HECM program, including some lingering loan servicing issues, and opportunities to make the transition from LIBOR to SOFR as seamless as possible for HECM borrowers.”

Fudge, 68, testified during her Senate confirmation hearing in January that her priorities will include ending discriminatory housing practices and boosting homeownership levels among African Americans. She is only the second African-American women to run HUD, the last being Patricia Harris, who served during President Jimmy Carter’s administration.

Previously, Secretary Fudge represented the 11th Congressional District of Ohio, which includes portions of Cleveland and Akron, since 2008.