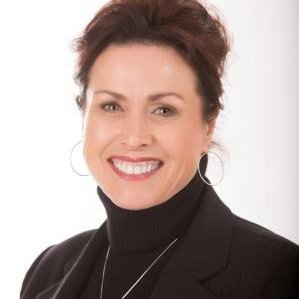 Every loan tells a story. Teresa Rose recalls the couple whose medical expenditures forced them to max out their credit cards. They neared bankruptcy until their daughter suggested they look into a reverse mortgage through Teresa’s Western Ohio Mortgage Corp.

“When we were done, they had money to satisfy their credit card debt,” Teresa says. “They still had money left over in a line of credit that they could tap into to help pay other expenses as they came up. It made a huge difference in their lives.”

The right loan at the right time can be a lifesaver, Teresa knows. The company she founded in 1999 is built on respect for clients and the integrity to deliver the product that meets their unique needs.

Teresa started her career with a small commercial bank owned by a mortgage banker, and “one thing led to another.” “Most people who get into the mortgage business don’t plan it as a career,” she says. “They fall face first into it.”

For 12 years, she worked largely in origination, before deciding that it was time to learn the full scope of the mortgage business. Teresa helped operate a broker shop for four years before pursuing her passion to start her own business.

That was in 1999. Today, Western Ohio Mortgage, where she is founder and president, offers a full range of mortgages, employs nearly 40 people, operates primarily in Indiana, Kentucky and Ohio, and also is licensed in Florida and Tennessee.

Teresa has seen reverse mortgages evolve since she first encountered them in 2001. The product offers a versatile lifeline for people in varied circumstances, she says.

They are not, however, for everyone. That’s where Teresa’s CRMP designation and her commitment to integrity come into play. She remembers one man who insisted on getting a reverse mortgage, even though she knew he couldn’t afford to live in his house and was simply “prolonging the inevitable.”

“When you’ve been in the business as long as I have and see what can go sideways, it’s not worth it to do the wrong thing for the client,” she says. Teresa’s CRMP “gives a little bit of extra assurance to the client that they’re dealing with somebody who has integrity and will do what’s in their best interests, and not my best interests.”

As COVID-19 ravaged the economy in 2020, Western Ohio Mortgage Corp. was well-positioned to leverage the rising tide of reverse mortgage applications. Teresa credits NRMLA’s public education efforts, plus marketing campaigns by large investors, with raising awareness in recent years. At the same time, many Baby Boomers struggled to get by on their savings and pensions.

The pandemic added a twist, as more people have decided against entering nursing homes for now. Reverse mortgages, they reason, empower them to stay in their homes and get extra help with the tasks of daily living.

In the past, Teresa saw many adult children get involved in the reverse mortgage process, concerned for their parents’ well-being or worried that they were losing an inheritance. Things have changed. Today’s younger adults might suggest that their parents investigate the option, but they are rarely sitting on the couch for the consultation.

“Most of the kids don’t feel that their parents’ home belongs to them or that they’re entitled to it,” Teresa says. “Most of them are better off than their parents. If a reverse mortgage makes mom’s life more comfortable, they’re fine with it.”

However, operating in the Midwest means overcoming initial skepticism among conservative people raised to believe that a house should be paid off by age 50.

But awareness and acceptance have grown—significantly, as reverse mortgage clients began telling others, shedding old stigmas about seeming to need help due to financial straits. More people understand now that reverse mortgages create income streams for any purpose, such as travel or extra home expenses.

“The average Joe who cannot get a reverse mortgage because he’s under 62 might go to the bank and get a HELOC to put in a new furnace or fix a roof,” Teresa explains. “Reverse mortgages are the same concept. They basically work the same way—only now, the line of credit is open for when you need it.”

Teresa knows her primary market because she is Ohio-born and raised. Her office is in the town of Sydney where she grew up. Winter weather doesn’t faze her. That’s the time for playing with the grandkids and watching the sun glistening on the snow-covered ground.

Teresa and her husband live on five acres in the Ohio countryside. Her older son and his two teenagers live in the house next door. Her younger son is the top producer at her firm, a “killer salesguy.” He and his three young children live three miles away.

“We have a lot of family dinners,” she says. “We like to travel together and take family trips.”

Teresa and her husband, a retired manager from the automobile manufacturing industry who invests in real estate, have traveled through Europe. Just before the pandemic, they had set a goal of visiting all seven continents, “including Antarctica. I looked at the cruises there.” They expect to revive that goal in 2022.

In her work, Teresa sees her CRMP as a tool for spotlighting her integrity. It has also been a valuable business asset. Some clients have come to her because they saw her credential on NRMLA’s online search tool at ReverseMortgage.org. From Arizona, a financial planner referred his Columbus-based client after discovering via an online search that Teresa is a CRMP in Ohio.

“It definitely has brought us business, for sure,” she says.

As for the future of the reverse mortgage industry, Teresa sees bright days ahead.

“The cost of retirement is so much more than people realize,” she says. “With homeownership levels as high as they are in this country, I think we’re going to see more use of these products. The rates are favorable. I don’t envision it going any other way.”

As potential clients come forward, Teresa steers her firm according to a set of core values. Every employee knows that they are there for the clients, offering the appropriate products for their circumstances. When the situation is complex, Teresa is accessible for executive decisions on whether to move forward.

“Everyone knows that we’re not going to deny any client without a second look,” she says.

They also know that the firm’s reputation rides on everything they do. Respect for clients and each other is “the number one thing.” After all, asking for money can be “a very intimidating process.”

“We take a more casual approach and make sure people understand each step,” Teresa says. “We never judge. It doesn’t matter what the financial picture is. It’s not up to us to judge why they got here. We’re just there to help and give them advice.”