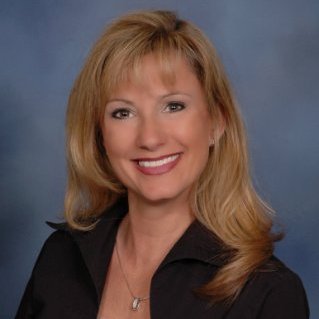 Robin Loomis has written reverse mortgages for people ages 62 to 100 “and everything in between.” The youngest gifted himself with a no-mortgage life by scheduling the closing on his 62nd birthday. As for the centenarian, her children were fulfilling a promise to their mom.

“They honored her by allowing her to stay in her home by the use of the reverse mortgage,” says Robin. “It was less than a year later that she passed away. They called me and thanked me and said that her last year was spent comfortably in her home, with the family knowing they did what was right by mom. How do you get a better feeling?”

Robin is in Tucson, AZ, a long way from her snowy childhood home in Connecticut. In Tucson, she raised a family, builds awareness of reverse mortgages, and opens her home to those without families, whether they’re children or the clients she loves enough to call “my seniors.”

Robin discovered Tucson in the late 1990s. She and her mother took a “Thelma and Louise” trip, searching for a healthier climate for her mom. On their way to Phoenix, they made an unplanned stop in Tucson.

“This is it,” Robin’s mother said. “God just told me.” The whole crew—Robin’s parents, and Robin and her family— packed up their homes and moved to Arizona. “Then we were able to all be together again,” she says. “Family has always been extraordinarily important to me. Being able to raise my kids near my parents, just two miles down the street, was what I always wanted. It was beautiful and wonderful, and our family got even closer after that.”

Robin’s mom, who died in 2015, taught Robin to love and revere the elderly.

“Make them feel important and special, because they are, and not discarded, like so many people have done and society has done in general,” Robin says. “My mom is the reason I work with seniors.”

Robin’s career started in traditional mortgages around 1991, when she was looking for a field with flexibility after the birth of her daughter. Then the family moved to Tucson, and she set up shop with a business partner, Glen Smart, who is now her husband and divisional vice president of reverse mortgage lending at Bay Equity. He was the one doing reverse mortgages.
Robin was still on the traditional side, but she liked Glen’s clients better, so she suggested a swap.

“He trained me,” she says. “I listened and learned from him, and I got my love for seniors from my mom. I realized I could bring the two together as a way to honor my seniors and still make a living. Mom always said, ‘Find your passion, and then figure out a way to make a living doing it.’” Today, Glen jokes that he now comes to Robin with questions, “so I guess I was a good student,” she says.

A big part of Robin’s role has been raising awareness of reverse mortgages. She is a state-certified instructor, teaching continuing education courses to equip real estate and financial-planning professionals to advise their clients when a reverse mortgage might be an option.

For nine years, Robin’s firm has run television commercials, recently switching from traditional broadcast channels to streaming that reaches people who have cut the cable cord. The veteran public speaker also speaks to the media, gives speeches, and appears every couple of months on a local TV talk show to dispel the misconceptions and share the possible benefits that some people can derive from reverse mortgages.

“After 21 years, everybody knows us here,” she says. Reverse mortgages, she makes it clear to all, are “not for everybody at every time.”

“One client told me he talked to a mortgage lender who said, ‘Everybody wants a reverse mortgage and should have one.’ Absolutely not. There’s no loan out there that is for everybody. We have to make sure this loan, just like any other loan, fits their needs, goals and desires. If you’re ethical, that’s what you do.”

The CRMP credential proves that the reverse mortgage provider is “cream of the crop,” Robin believes. She tells potential clients that they don’t have to go through her, but if they get a reverse mortgage, use a CRMP.

“Those are the people dedicated to making sure we’re doing it the right way and taking care of our clients, not just trying to close a loan,” she says. “The CRMP gives you credence.”
Robin targeted 2015 as the year for getting her CRMP, but she hates taking tests. While she dithered around, her husband earned it first.

“So, of course, I had to go the next month, and I took it and passed easily,” she says. “If you know your stuff, it’s no problem at all.”

In her 20-plus years in reverse mortgages, Robin has seen attitudes change – “less misconceptions, less fear. More kids are saying, ‘Yes, mom and dad, do this,’ instead of saying, ‘You’re stealing my inheritance.’ I love that. I love seeing the families coming together and helping mom.”

Over those years, Robin had worked with a few entities before she and Glen joined Bay Equity in 2019. There, they found the resources to serve more seniors in Bay Equity’s 42-state footprint. Bay Equity, she says, “truly has our seniors’ best interests at heart. They’re doing everything so fair and according to what’s right by the client, and also by the team – their loan officers and staff. It’s a win-win all the way around.”

Within Robin and Glen’s 20-person team, the culture is “clients first. We always honor the clients, listen to them, take care of them. That’s number one. You have to love our seniors as much as I do to be on our team. You have to. You’ve got to be able to be good with chatting with someone for two hours on the phone.”

That reminds Robin of her longest loan application, the one that took six hours. Her phone battery had died, and when she finally called her husband from the car, he was in a panic.
“I said, ‘I’m sorry. I couldn’t interrupt her stories,’” Robin recalls. “To me, you’ve got to be able to do that. This is not just business. This is taking care of our seniors.”