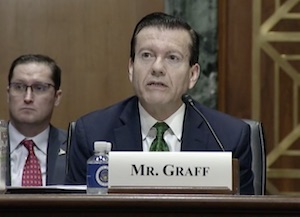 The Senate Finance Committee held a hearing this week to examine ways Congress can build on bipartisan retirement legislation.

Brian Graff, CEO of the American Retirement Association and Executive Director of the National Association of Plan Advisors (NAPA), cited projections that enactment of new legislation could create 51 million new individuals saving for retirement and add an additional $6.2 trillion in retirement savings over a 10-year period. Read this detailed summary of the meeting published by NAPA.

The hearing, titled “Building on Bipartisan Retirement Legislation: How Can Congress Help?,” helped set the stage for action in the coming months on bipartisan retirement security legislation that builds on the 2019 SECURE Act. “I hope today’s hearing is a launching pad for the committee to develop another bipartisan retirement package in the months ahead,” said committee chairman Sen. Ron Wyden (D-OR).

Ranking member Mike Crapo (R-ID) expressed similar support for bipartisan retirement legislation, but he noted that Congress should also make it easier and cheaper for small businesses to offer retirement plans for their employees. He also noted, “Our economy is constantly evolving. People are working longer, workers are changing jobs more often and the number of “gig workers” is on the rise. Our retirement system must adapt with this changing landscape, so every worker has a chance to save for a secure retirement.”

Last week, the Senate Special Committee on Aging held another hearing that examined the challenges that people face while trying to save for retirement and achieve long-term financial security, especially for people with disabilities and communities of color.