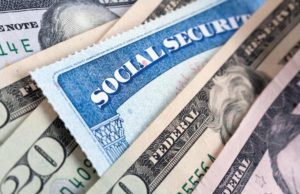 Social Security recipients are likely to get an annual cost of living adjustment (COLA) of 6 to a 6.1 percent in 2022, according to The Senior Citizens League, a Washington, DC-based non-profit that advocates for Social Security, Medicare and veteran/military retiree benefits.

The COLA that becomes payable in January of 2022 would be the highest since 1982.  “Our forecast is based on CPI (Consumer Price Index) data through August, and there is still one more month of consumer price data to come in before we get the official announcement in October, says Mary Johnson, Social Security policy analyst for The Senior Citizens League.

“This year is particularly difficult to forecast with certainty,” Johnson says. “The inflation patterns, caused in large part due to the COVID-19 pandemic, were unprecedented in my experience,” she says. Read the full announcement.