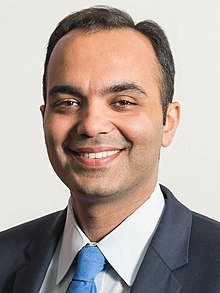 In his first public hearing before the House Financial Services Committee, newly confirmed CPFB Director Rohit Chopra outlined his priorities and positions on a number of issues.

During an exchange with Michigan Congressman Bill Huizenga, Director Chopra testified that he will not target small- and medium-sized businesses and make examples of them to larger companies. Congressman Huizenga discussed a small title company that received a substantial fine that would have bankrupted the firm for violations that he described as “gray.”

Congressman Huizenga described the case as regulation by enforcement. “It was a shift in policy at the CFPB, not a legislative shift,” he added.

While Director Chopra agreed with Congressman Huizenga that his philosophy is not to target small businesses, he added, “But let me make it clear, that doesn’t mean small and medium businesses should not follow the law. The federal government should be focused on going after the biggest harms in the market. I saw this at the FTC (Federal Trade Commission) and was constantly distressed about the bullying of small businesses, rather than taking big companies to court.”

Here is a link to watch the hearing. The aforementioned exchange occurred around the 1 hour, 20 minute mark.