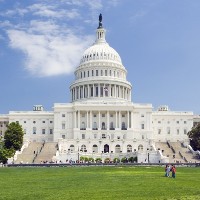 Expanding access to retirement savings accounts remains a hugely popular issue for congressional lawmakers from both parties. When they return from their summer recess in September, lawmakers will begin reconciling three bipartisan tax bills that would make further enhancements to the current retirement savings system.

The Securing a Strong Retirement Act of 2022 passed the House of Representatives by a 414-5 vote on March 29 and two related Senate bills, the EARN Act and Rise & Shine Act, passed in June.

The legislative effort together is commonly referred to as SECURE 2.0, because it builds on the Setting Every Community Up for Retirement Enhancement (SECURE) Act enacted in 2019.

Experts remain optimistic that a final bill will be passed before the end of the year. While it’s not certain what the final bill will look like, here are some key provisions from the House bill: