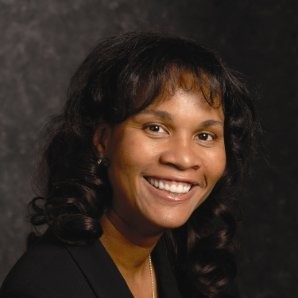 Every successful lender has a sales manager (or team of sales managers) who educates, motivates and supports a team of loan originators.

Vanessa White was a young operations manager in New Jersey overseeing three Bank of New York branches when she heard about a new FHA pilot program, called the Home Equity Conversion Mortgage, that had been created to help senior homeowners.

Vanessa’s mother thought the HECM might benefit a close family friend who owned her home free and clear but was living on less than $1,000 a month. Vanessa agreed to help her mother’s friend obtain one.
That experience would shape Vanessa’s professional career for the next 30 years and develop her into one the reverse mortgages industry’s top sales managers and originators.

Reverse Mortgage magazine sat down with White to talk about those early experiences and the guiding principles that she follows to this day as a sales manager and originator.

Reverse Mortgage: Take us back to 1989. How did your involvement with reverse mortgages begin at Bank of New York Mortgage?

Vanessa White: BNY had a sister company in California that was chosen by FHA to participate in the reverse mortgage pilot program. The pilot started on the West Coast and expanded eastward. BNY viewed reverse mortgages as a new opportunity to meet CRA (Community Reinvestment Act) obligations and to help communities. I had a personal interest because I had a close family friend who needed a reverse mortgage. BNY wasn’t doing them yet. Very few lenders offered reverse mortgages. In New Jersey, there were maybe two or three companies.

I lived in northern New Jersey. I picked up my mother’s friend, and we drove to the southern part of the state where the mortgage company was located. The loan officer handed my friend a stack of documents to sign, but she didn’t explain anything. My friend had to come up with $500 for the appraisal, which was an extreme hardship.

Afterwards, I called BNY’s sister company to get more information, so that I could provide more details to my friend. I wanted to make sure that, before BNY started offering reverse mortgages, we understood what we were talking about. Just because consumers need it and they have it, doesn’t mean that they don’t need to understand it, along with the implications.

RM: Were you originating forward mortgages at the time?

VW: No, I was the operations manager for three Bank of New York offices; two of them were in New Jersey, and a third was a private banking office in New York City.
We had one loan officer who had expressed an interest in selling reverse mortgages. She had a strong work ethic. She took the applications, assembled all the paperwork and processed her own loans, and then submitted the files to HUD for the conditional commitment. We ran a credit report to make sure there were no liens on the property. It was straightforward.

The biggest issue that we had back then was the title, because reports occasionally showed mortgages on the property that should have been extinguished. Banks were merging or failing – the savings and loan crisis was going on – so records were not always accurate.

Our reverse mortgage clients were much older than what we were accustomed to, averaging anywhere from their mid-70s to early 80s. A lot of times they were getting a reverse mortgage for home health care. It required a more hands-on approach compared to the people we serve today.

RM: Did things ultimately work out for your friend?

VW: Yes, but it took her nine months to close on the reverse mortgage. That’s a long time for someone who’s living on a fixed income to wait.

RM: When did you switch from operations to selling reverse mortgages?

VW: My loan officer handled the loan file until it was submitted to HUD for a conditional commitment. I handled everything from then on. After the loan was approved, we’d both attend the closing. After she went on maternity leave, nobody else really knew the origination process but me. We had to figure out something, because the bank loved the product. So, I covered for her and started taking applications.
Then she decided that she wasn’t coming back. I could not continue doing both jobs, because I was still operations manager. We had a few loan officers who expressed an interest in selling reverse mortgages. I trained them and managed them, while still doing my operations job. We did not think of reverse mortgages as a sales product. It was a product to help seniors. That’s how we thought of it, until we realized that we could do more with it.

The maximum claim amount was around $152,362 and the closing costs were a lot of times more than what the person purchased their home for. It was difficult for people to understand until we explained that their home was now worth $200,000. You had to compare apples to apples. It was a hard sell because of the closing costs, but they really needed the cash. I still believe that this is a needs-based product, and those needs are constantly evolving.

RM: Reverse mortgages were so new. How did you sell them?

VW: I worked closely with the bank’s community development officer, who had relationships with local non-profits and the departments of aging in New Jersey and New York. I worked with Fannie Mae’s local partnership office. Back then, you could take people out of foreclosure with a reverse mortgage. We worked with Fannie Mae and the New York Mortgage Coalition to help people who had gotten themselves into predatory loans.

It took a village to sell this program. It wasn’t just us. It was the local community groups. It was about education and making people who worked with seniors aware of reverse mortgages.

There wasn’t a lot of people doing reverse mortgages, but the fact that we were Bank of New York helped tremendously. I learned what seniors’ biggest needs were. I stopped several foreclosures, sometimes when the sheriff was knocking on the person’s door. It was a different animal back then. All you had to be was 62 and have equity in your home. Unfortunately, because the max claim amount was so low, there were people who lived in $300,000 homes who we couldn’t help because their mortgage balances were too high.

RM: How has your sales approach evolved over time or hasn’t it?

VW: The changes in 2017 led us to do more B2B (business-to-business). We’re educating and working with elder law attorneys, builders and realtors. Our senior clientele is more educated. They already know about reverse mortgages. Some of them still think the bank owns the house, but they are aware of what it is. Television advertising changed this industry dramatically. The commercials with Robert Wagner opened this business up because they reached more people. Before then, it was all grassroots, which was slow and difficult but very personal.

RM: In addition to originating your own loans, you’ve been a successful sales manager. How do you assemble and manage a successful sales team? Are you mostly a hands-off manager who lets loan officers do whatever they want, or do you carefully monitor them?

VW: I am not a micro-manager. I am there to support them and lift them up. I do occasionally go out into the field with them. Reverse mortgages can be difficult to close when you’re working with needs-based borrowers. They require more effort. I am there to support, coach and motivate my loan officers. I share my experiences. I encourage them to interact with their peers. I do team calls. It’s important for my team to know that I am there for them and to help them develop their territory.

RM: You said reverse mortgages are more difficult to close since 2017. Is that because of Financial Assessment or some other reason?

VW: Sometimes the closing costs can be $25,000 to $30,000 depending on the state. If you’re a senior living in a $500,000 home who’s looking to pay off a $50,000 loan and have a line of credit, it becomes more challenging to rationalize getting a reverse mortgage even though they aren’t paying those costs out of pocket. That customer has gone away. They are looking to do other things. The underwriting rules have tightened up and rightly so because there needs to be more responsibility of why they’re doing it. This makes their life better instead of just doing it because you can.

RM: What attributes do you look for in a new hire?

VW: I look for a good work ethic. A potential candidate must be empathetic when the time calls for it. He or she must be well-organized and able to work independently. And the person must be accountable, not only to me but to themselves. If they have reverse mortgage experience, that’s a plus, but being a forward loan officer is also a plus.

VW: In addition to the attributes I just mentioned, the client needs to like you and trust you. That takes work. Back when Fannie Mae was the only investor, every lender offered the same interest rate. You sold yourself. If you say you’re going to do something, you better do it.
There’s nothing worse than ignoring your customer or not letting them know what’s going on. People can handle problems, if they know what the problem is. But now it has changed a little bit, because now rates and costs do make a difference. We’re evolving. That’s why I think forward loan officers are a good fit for our business right now.

RM: At RMF, your sales territory stretches from Maine to Florida. What are the biggest challenges managing an area that large? Are the sales strategies that you use in New York, for example, different from Georgia and Virginia?

VW: The needs of homeowners in North Carolina differ from people living in New Jersey. Recognize what’s going on in the communities you serve. Understand the basic stress points. In New Jersey, it’s high taxes. I know people who got a reverse mortgage and used the funds just to pay their property taxes.
When you visit someone’s home, don’t show up and throw up. Listen to people. People called you for a reason. Find out what that reason is. Tailor the reverse mortgage to meet that need. We’re not trying to put a square peg in a round hole. We can modify and make the program what they need it to be.

RM: It was a tough year for many loan officers. How do you keep your sales team motivated? If someone is struggling, what do you do to turn that person around and make him or her successful?

VW: You must be there for your team members. They are out in the field working mostly with needs-based borrowers, and they need to know how to structure the deal. I help them with that. If they try to contact me, I need to be accountable to them. If I don’t pick up, they know not to leave a message because they know I’ll call them back.

VW: I see proprietary reverse mortgages as an enhancement. With the changes to the HECM program, it’s nice to have another option that can help more people. When I spoke earlier about the customer who’s paying $30,000 in closing costs to pay off a $50,000 mortgage, proprietary products can fill that void.
Our typical Equity Elite® borrower is someone who has a mortgage that needs to be paid off. Once that’s done, there’s little need for additional money. They will take some money, but the primary motivation is to pay off the mortgage. I compare them to the old HECM Saver borrower who didn’t need that much money and didn’t want to pay all those closing costs. [FHA offered the HECM Saver from 2010 to 2013 as a low-cost reverse mortgage option for consumers.)

RM: Where do you see the reverse mortgage industry headed in 2020? In five years?