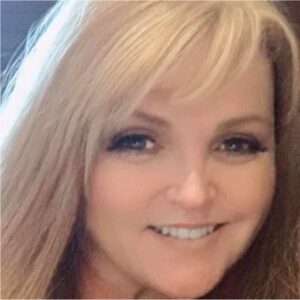 For two decades, Tabatha Addison traveled the globe teaching business and sales executives how to achieve personal success. In 2013, she received a call from Kimberly Smith, who had recently been hired by American Advisors Group, Orange, CA, to start up a wholesale division. Neither person knew the other, but Smith had heard about Addison’s successes at other mortgage companies in the southern California region and she wanted Addison to be part of the team.

Addison was working, then consulting, in the biotech industry but agreed to help out Smith for six months. Seven years later, she is still with AAG.

While she’s a wiz in her current role, Addison’s ambition as a child was to be a lawyer. She had a knack for arguing her way out of the worst predicaments. Her father once told her, “Half the time I knew you were lying, but your defenses were so bloody good, I just gave in.”

Addison studied law for a time in Scotland, but her life trajectory changed. She ended up becoming a professional trainer and today is one of the top educators in the reverse mortgage industry. Reverse Mortgage magazine sat down with Addison to learn more about what makes someone a success.

Reverse Mortgage: Tell us about yourself. Where were you born and raised? What aspirations did you have growing up? How did your childhood influence where you are today?
Tabatha Addison: I was born in Orange CA, coincidentally about 10 minutes away from where AAG’s corporate office is now located. I grew up in Southern California before moving to Edinburgh, Scotland after high school in 1986. From as long as I can remember, I always wanted to go into law. Even in second grade, at parent’s night that is what my presentation was on. Everybody else wanted to be a nurse or a fireman, but I wanted to be a lawyer.

RM: How did your move to Scotland come about?
TA: My mother and sisters were born there. My father was in the U.S. Navy stationed at Holy Loch, where he met my mother. After I finished high school, everybody moved back to Scotland. Accept me. I planned to enlist in the Air Force and apply for Officer Candidate School. I had no means to pay for law school, so I felt the military was the best option. The deal was the Air Force would pay my way through law school and after I graduated, I would serve in the JAG (Judge Advocate General) Corps for seven years. Since I was going to be away for a long time, I wanted to visit my mother for three weeks. I did that, but then I never left Scotland. I fell in love with the place.

RM: Did that end your legal career?
TA: No, I eventually entered the University of Stirling, where I began studying business law. After my first year, my professor encouraged me to consider moving my course of study to criminal law. He said, ‘If ever there was someone who belonged in a court room arguing a case it is you!’ Ha! Very true, I do love a good debate!! With his recommendation, I applied to study for my LLC degree at the University of Glasgow, to become an appellant Barrister (the ones with white wigs and black capes.) As with many of us, personal circumstances took me away from my studies for a bit and it was at this point where my entrance to the world of training and leadership development began.

RM: How did you become an expert in sales and leadership training?
TA: At that time in the UK, the government was trying to reduce the unemployment rate by offering companies subsidies to construct call centers and hire and train call center agents. Scottish businessman named Tom Farmer, who was your classic rags-to-riches story, founded a successful chain of garages called Kwik Fit and later he got into car insurance and built a 400-person call center. There was a massive recruiting campaign. I ended up being hired as one of the first management team members. There were 16 of us hired. The company that hired us came back four months later and said, ‘We’re getting ready to hire the call center agents, but we need people to volunteer to become trainers.’ I applied to go through a special training program and was one of three people selected. That’s where my training experience started. It was like I had been doing it forever. Selling and training are a lot like presenting a case in court. You’re trying to make a point and sway the jury or your audience one way or the other. It was a weird kind of parallel. I felt comfortable being in front of people. My leadership and sales training took off from that one call center venture.

RM: You’ve met a lot of businesspeople over the years. What are some common traits or qualities that make someone successful?
TA: There are common qualities across all industries and countries but it starts with being humble and admitting when you have made a mistake or error in judgment, regardless of your title. Another quality is not allowing your ideas and your identity to become one. By that, I mean companies lose billions of dollars a year when people cannot admit when their ideas are bad and cut their losses before the situation worsens. The last quality is the ability to remain “present.” Our CEO, Reza Jahangiri, is the strongest executive I’ve ever seen who’s present when he’s in a room. There could be 16 of us, that he asks 16 different questions and receives 16 different answers, yet three hours later he can go back to you and regurgitate what you said and have a response to it. That’s what I mean by being present.

RM: What makes a successful reverse mortgage loan officer?
TA: Sales is sales. The product is secondary. When you look at ALL of the sales programs, books, certifications etc., they apply to any industry. A successful reverse mortgage salesperson follows three essential tips: Research, Discovery and Matching. Through Research and Discovery you’re asking questions that can help identify an elderly client’s retirement needs and goals in the same way that wholesale account executives collaborate with their Brokers/Partners to identify a “match” in their needs and what AAG has to offer. Then you’re matching them to the appropriate product and support options that help them achieve those goals. In our industry, it is also very important to set the right expectations. Both B2B with our partners and B2C with borrowers. Knowing upfront that this is not a “one and done” transaction is very important. Follow-up is key and often makes or breaks a sales conversion. Communicating realistic and mutually agreed upon expectations, on both sides, saves a lot of headaches throughout the process.

RM: At the 2019 NRMLA Annual Meeting, you gave a presentation on how ego can impact success that was very popular. Give us the highlights for our readers.
TA: Regardless of your tenure and position, before you can succeed in your role, you must first focus on you as an individual, as a human. Realizing that where ego is concerned, there is both a positive side and a negative side. By default, when we all here the word “ego” we associate it with the negative side. When individuals are asked what comes to mind when you think about “ego” the word “arrogant” comes to mind 5:1. On the flip side, there is also a positive side to our egos. This is where our ambition, our drive, our determination comes from. Egonomics is the study and practice of identifying the four early warning signs of when the negative side of ego is about to present itself not just identifying it, but changing the way you respond to ultimately change the outcome to a positive one. Alongside this concept, the importance of creating and supporting a “We Before Me” culture can be crucial when leading a successful team, at ALL levels. “Title” should not, by itself, be the end all within teams. Let’s look at in from a non-leader perspective.

Consider an Individual Contributor, someone who has no “direct reports.” An example, and just one of many, is an Account Executive, particularly the more seasoned ones. These team members may feel that because they understand the guidelines and have considerable product knowledge they think “I got this” and forget the sales element. Your ego is saying, ‘I know all this, it’s all about me. I, I, I.’ And then they wonder why their numbers aren’t where they should be. You’re not just dealing with a broker or a borrower. You have an entire operations team to partner with. You’ve got processors, underwriters, closers, funders. You need to collaborate with them. You need to be more “We” centric, because your operations team will get you to the finish line.

RM: Thank you for those insights. I understand how important it is to communicate with borrowers, but I never realized that those skills are equally important within a mortgage company.
TA: it’s not just being an expert on the product, it’s being an expert on communication. It’s being an expert on communicating a potential delay or a new underwriting condition back to your broker/borrower. It’s those parts of the puzzle that we need to remember to think about. At times, we go on autopilot. We have sales goals to meet, we ask the questions, get the application in, stay on operations to get it done, and then move on to the next application. Slow down. Stop and think about how you can make the process go more smoothly. There are always things that we’re doing without realizing it. If we could all just change our language. If we could be more “We” centric. If we could be more collaborative, maybe more appreciative and humble when we make a mistake, you don’t realize how much easier, smoother and cohesive things could be running within your company. There are so many things we can and cannot control. Doesn’t it behoove us all to control the things we can control?