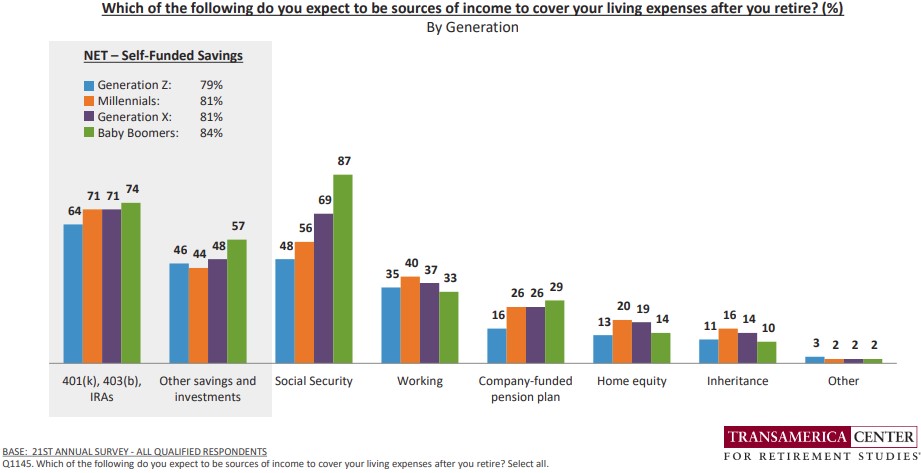 Despite six in ten employed U.S. workers (60 percent) having made adjustments due to pandemic-related financial strain, 82 percent are still saving for retirement, including 84 percent of Baby Boomers, according to new research from the Transamerica Center for Retirement Studies®.

Titled Living in the COVID-19 Pandemic: The Health, Finances, and Retirement Prospects of Four Generations, the report was published as part of TCRS’ 21st Annual Retirement Survey of Workers, one of the largest and longest-running surveys of its kind.