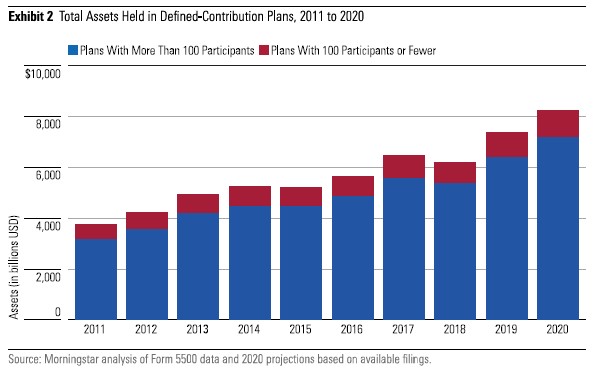 Morningstar, Inc., a leading provider of investment research and financial services, launched the Morningstar Center for Retirement and Policy Studies this week and published an inaugural report, titled “Retirement Plan Landscape Report,” that assesses the health of the U.S. retirement system.

The report explores trends across coverage, assets and numbers of defined-contribution plans, such as 401(k)s; costs to workers and retirees within these plans, as well as their investments; the kinds of investments held by these plans; and the continued role of defined-benefit plans (i.e., company pensions). Key takeaways: