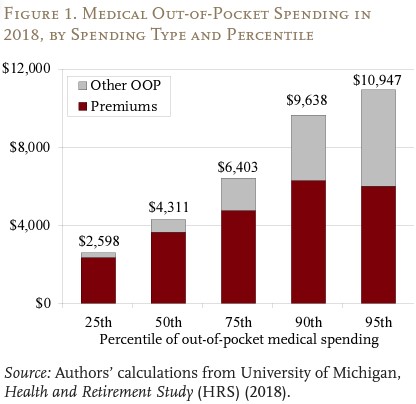 The findings are detailed in a new study titled, How Much Does Health Spending Eat Away at Retirement Income?

Even with Medicare coverage and ignoring long-term care, retirees face sizable out-of-pocket costs for premiums, copays and uncovered services. “After subtracting these costs, the typical retiree has only 75% of Social Security and 88% of total income available for non-medical spending,” said the study.

The study further noted that the share of income remaining after OOP spending is lower for women and those in low-income households.

“With OOP health expenditures eating away at retirement income, and Part B premiums on the rise, it is understandable why many retirees likely feel that making ends meet is difficult,” researchers added. Read the full report.