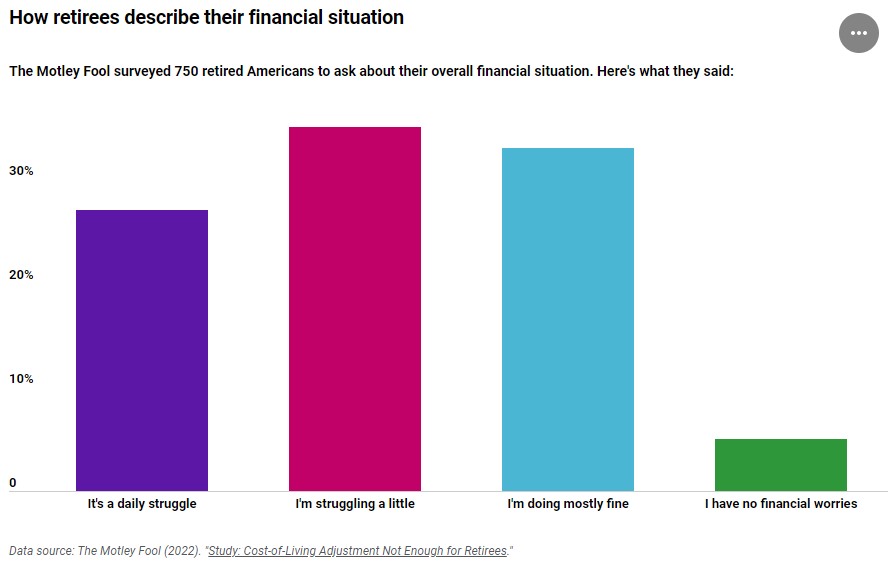 A recent survey of 750 American retirees conducted by Motley Fool found that 55 percent don’t believe the 8.7 percent cost-of-living adjustment for 2023 announced by the Social Security Administration last month will be enough, while 39 percent said it was “about right.”

The COLA was the largest in 40 years and will add $140 to beneficiaries’ monthly checks.

However, the vast majority of respondents (85 percent) say inflation is stretching their budgets, and nearly three-quarters say they rely heavily on Social Security benefits to pay their bills. More than one quarter (27 percent) describe their financial situations as a “daily struggle.”

The survey also found that retired men rely on Social Security less and struggle less with daily finances than retired women, and that more than half of retired Americans are worried about the longevity of the Social Security benefits program. Read the full survey.